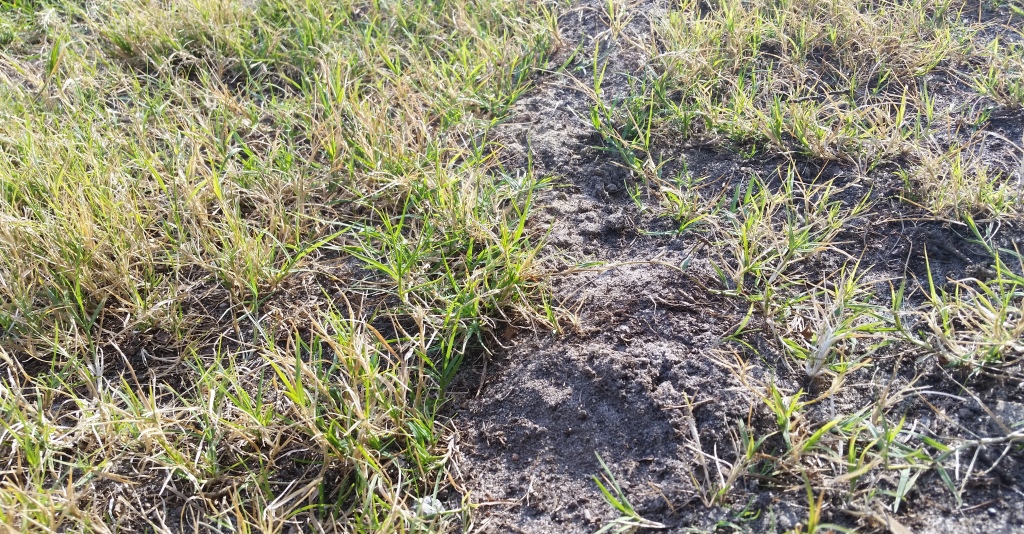 Moles are burrowing animalsÂ that can be found in many residential lawns throughout the Midlands. They are particularlyÂ common near wooded areas and in looser, sandy soils. Moles feedÂ on invertebrate organisms in the lawn like grubs, crickets and ants. However, the primary food source forÂ moles is theÂ earthworm (which are beneficial for your lawn, by the way). It is because of this that insect control will not control moles, contrary to common belief.

There are many opinions regarding the best methodsÂ for controllingÂ moles, most of which are sure to waste time and money. If you’ve researched how to deal with a mole problem in your yard, you’re probably overwhelmed by the many home remedies and “surefire” ways to rid your yard of these damaging pests. You’ve almost certainly read that things like castor oil, mole baits and grub control products will eliminate your mole problem.

The most knowledgeable sources, however, tend to agree that trapping is the best method for controlling moles in residential lawns. Trapping can be done at any time of year, however moles tend to be most active in the Midlands during the colder months. The damage that moles cause is usually most noticeable during the fall and spring. As moles burrow through the soil in search of food, they create raised areas, called runways, at the soil surface. These tunnels can be disruptive and damaging to the roots of turfgrasses.

Moles are very adaptive and will often relocate to other areas of your yard (or your neighbor’s), due to changes in their environment. Changes in climate, ground moisture and food supply can cause moles to migrate, however this does not mean that once they leave they’re gone for good. In fact, this tendency to relocate can contribute to misconceptions about otherÂ mole control methods, like the home remedies mentionedÂ earlier. It’s far more likely that the neighbor’s yard has recently been getting more water than yours or a recent cold snap has the critters moving deeper into the soil.

Keep an eye on your lawn and try trapping as soon as you see signs of moles. When trapping, it is usually best to place traps in the middle of permanentÂ tunnels, which are usually relatively straight for longer distances and often follow along man-made borders like fence lines and walkways, or along wooded areas or shrubbery borders. Moles will also repair the tunnels that they use frequently, so try stepping on the runways to collapse them and then monitor these areas for signs that they have recently rebuilt. This is a good area to place a trap.

Moles can be a real source of frustration for homeowners who pride themselves on a beautiful, healthy lawn. Although it may seem more fulfilling to attempt to rid your lawn of these pests by more “creative” means – ultrasonic devices, gasoline, castor oil, broken glass or even explosives – keep in mind… moles are adaptive and trapping is still the most effective mole control method. For more details on mole biology and instructions on the most effective methods for trapping, visit TheMoleMan.com. As always, feel free to contact Carolina Vistas for lawn care advice. We’re here to help.

Carolina Vistas is extremely knowledgeable about lawn care, from feeding lawns to controlling unwanted weeds and insects. As important as that is, without the friendly, accommodating service I would not have stay with this company throughout the process, and would definitely not have signed on for another year.

I would refer Carolina Vistas to friends. Matt is knowledgeable about lawn care. He has taken courses on turf management and keeps abreast of current studies. He uses quality lawn products.

After using the big guys for several years we decided to give Carolina Vistas a try. Our yard has never looked better, and we appreciate the professional attention we have gotten from them.